Ad blocker detected: Our website is made possible by displaying online advertisements to our visitors. Please consider supporting us by disabling your ad blocker on our website.
Currently Working on Content Creation. If you have any ideas you'd like to share, please email us!

Sadly not lol She even had a pic with him on her twitter: 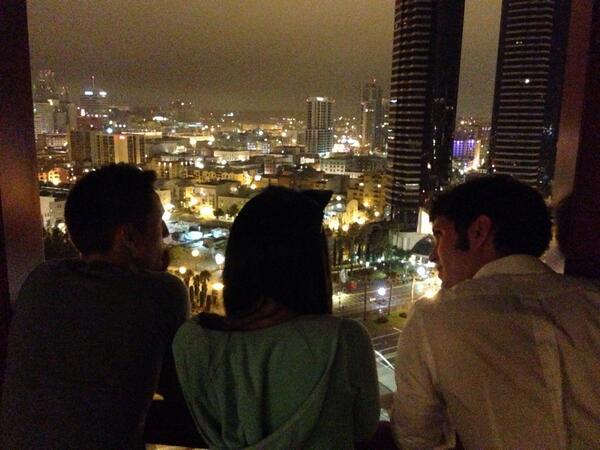 I saw them making out then heard from various friends that they were attending all the parties together and appeared to be a "couple" as they were holding hands and kissing. Ew
Top

ya know, I've always felt a pervy-vibe from Toby given all the cleavage camera shots and "hothothothothot" but I managed to convince myself that it was all just his "character" and he was acting the way his audience expected him to, but if he's dating her (basically a walking talking pair of breasts), my opinion of him is changing already. ew Toby, ew. Gonna need some more proof, but I could totally see it to be true.
Top

Hannah's makeup is horrible and she's just borderline trashy. Maybe without the borderline part, I dunno, I'm not ALL THAT familiar with her. But Toby is a total wh*re, and it doesn't surprise me he's giving her a go now... I probably would too if I was him. I like to be honest with myself.

I liked Toby a lot at one time but there's way hotter with way fewer (bedroom) miles on YT these days.
Top

I feel like he whores him self out now because he said that he was really nerdy in school with glasses and braces and his asthma that now that he is an attractive guy he likes to get with whoever he can.
Top

I'm 100% sure these two are dating now or at least hooking up like crazy. Was reading numerous Machinima employees tweets and they are all hanging out with "Hannah Minx & Toby". Syndicate also hung out with them together and tweeted about it.

Hannah wrote on her facebook that she was sad to leave California now but said she'd be back very soon. lol Weird hookup
Top

I thought he had better taste that... That.

Hannah is that type of girl where once she dates a guy, no matter how cute he was to you before, she has completely ruined the thought of him for you and now you wouldn't touch him with a 10ft pole. seriously Toby, if this goes any further this could destroy your entire girl fanbase.
Top

I haven't seen any photos?
Top

yepyep wrote:I feel like Toby would hookup with anyone. Hooking up with Hannah seems like a low to me, especially since he dated prettier people(Tanya Justine and Olga).

I get the sense that he is afraid of serious commitment for some reason even though he said he wants a family and stuff.

Him and Tanya dated for 4 years and lived together I think,him and ijustine dated for 2 years, and he dated Olga for 8 months. I understand that in relationships that sometimes shit just happens,but why does all his relationships end and every time they do he always tries to get with them again?

In vlogs Olga has basically said that they broke up because they wanted different things at that point in their lives. Olga really wanted to settle down and have a family/etc, and Toby wanted to continue living the party lifestyle.
Top

I'm a bit slow here, who is she? She looks kind of psycho :/
Top

KitXcat wrote:I'm a bit slow here, who is she? She looks kind of psycho :/

KitXcat wrote:I'm a bit slow here, who is she? She looks kind of psycho :/

Don't know if she actually is but I know she has a youtube called misshannahminx or something like that.
Top

She's not a p0rn star, but she's got nude pics floating about. Google 'Hannah Minx' and hit the EncyclopediaDramatica link. The site is super rude or I'd just go ahead and post the link, but it's got nudes so I don't wanna get in trouble. Anyway, there's at least 2 legit pics on there, showing her topless with super red knees. LOL, I mean ... she was definitely partying hard. I'm not saying she's the worst skank in existence or anything but... she doesn't exactly have any redeeming qualities that make her stand out, at least not in my book.
Top

Hannah wasn't at vidcon this year. Still not sure if they are dating or just hooking up

This is gonna sound stupid but are Toby and Seth related? I mean when they vlog I feel like I am almost watching the same person. Their style is so similar.
Top

Toby and Justine dated for 2 years? I thought it was way shorter than that
Top

Yeah, did they really date that long?
I get the feeling Toby can't stand Justine. He rolls his eyes everytime someone mentions her. On the other hand, he totally will admit he loved Olga. I figured him and Justine just hooked up for a few months.
Top

He probably rolls his eyes because his and her fans have been obsessively asking about their relationship status for years and will not accept the fact that they've broken up and are not friends.
Top

Toby and Justine were an absolute mess. I was really into Justine's vlogs while they were dating, and I can see why he'd roll his eyes at her. He tried so hard with her, and she just laughed at him and treated him like her puppy dog. Also, he changed so much just to be what he thought was Justine's ideal boyfriend. Just look at how much more effort he puts into his looks while he was with her. You could tell he felt insecure and not good enough for her, and he put her on a pedestal and it just made her uncomfortable. This video came to mind:
[youtube]http://www.youtube.com/watch?v=MXfkuqi_pi4[/youtube]

I always liked him and Olga together, they seemed more natural and real. But Olga's biological clock is ticking and it seems Toby sensed his fame rising and wanted to be a "hollywood playboy" while he still can. Can't blame him for that, I wonder how many women made their way into his vidcon hotel room? lol
Top

And yeah that video made me cringe :L
Top

I liked Toby with Olga too. They both seemed super into each other. I agree that with Justine it seems like he was more into her than she was into him. Man, is Justine ditzy in that video...
Top

I'm late on this but I just recently started watching his videos and I am in love. I got into Smosh for a bit but they got annoying and gross kinda fast, and I tried watching PewdiePie but his excessive swearing got to me. I like that Toby can be funny without swearing and being gross and sexual. Maybe I'm just a weirdo haha but I am definitely a fan.